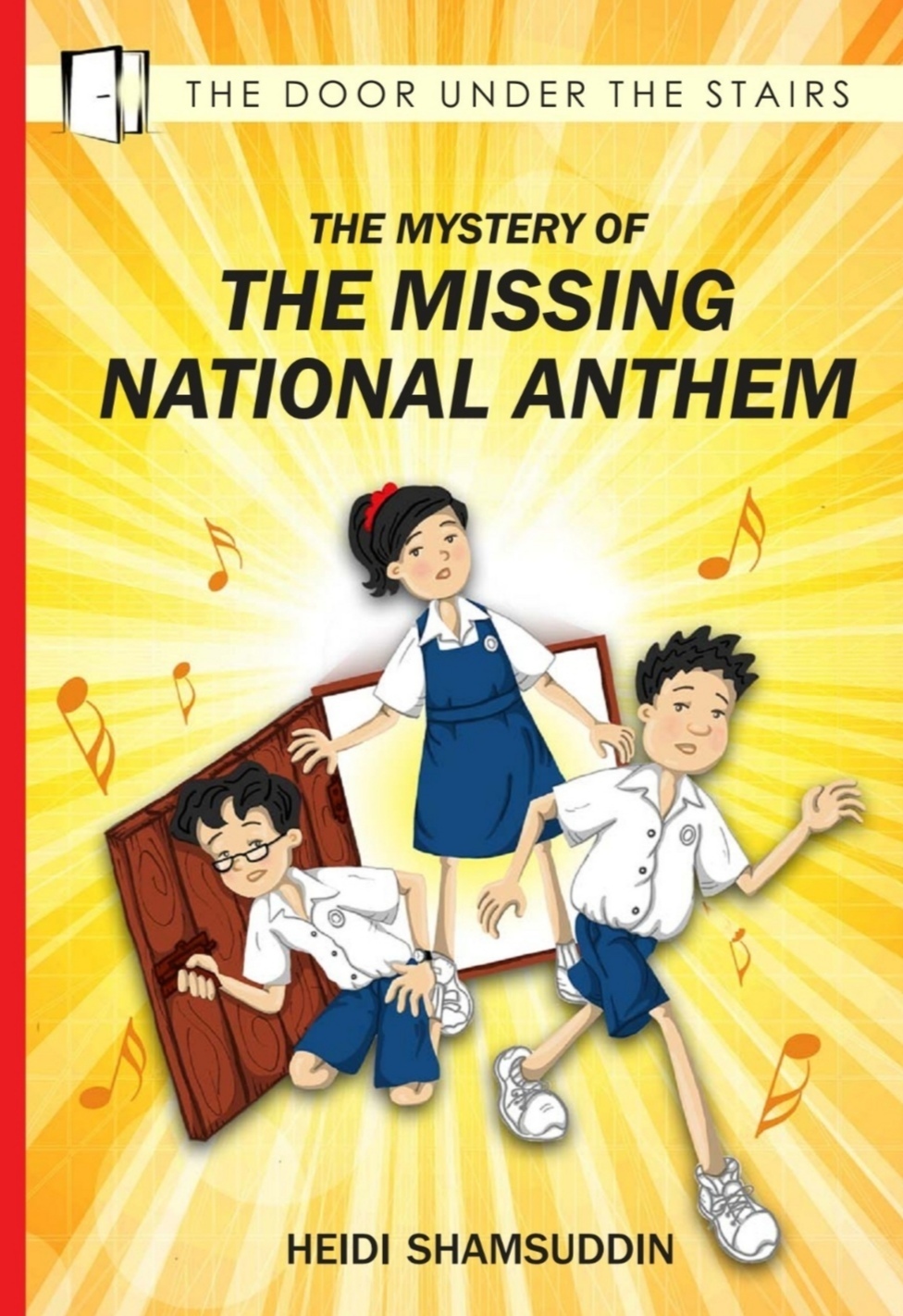 The Door Under the Stairs: The Mystery of The Missing National Anthem

If you were an inquisitive ten year old and discovered a mysterious door hidden under the stairs near the science lab what would you do? Well Joe pushed it open and went inside. The door slammed shut. The room was very small and dark. He pushed open the door in a hurry and got the shock of his life. He’d gone back in the time to just before Merdeka and met Tunku Abdul Rahman. Tunku was was in a dilemma as he couldn’t find the right music for Malaysia’s new national anthem. After a lot of persuading, Joe managed to get his friends Emil and Hanna to join him in helping Tunku. But they were running against time!

The Mystery of the Missing National Anthem, written by Heidi Shamshudin and illustrated by Lim Lay Koon, is the first book in a series where the children have many adventures travelling back in time.