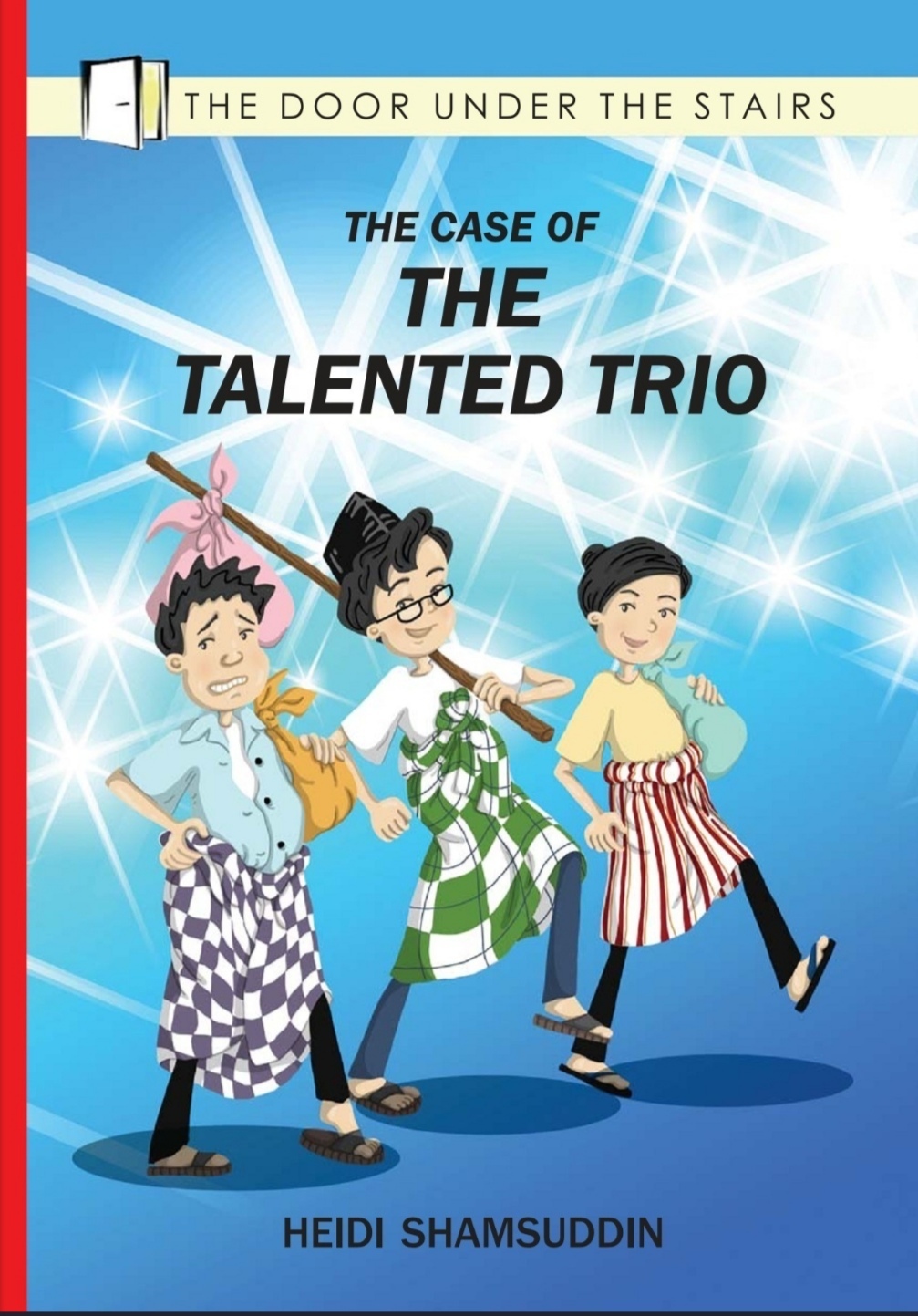 The Door Under the Stairs: The Case of The Talented Trio

In this second adventure through The Door Under the Stairs, Emil, Hanna and Joe, went back in time and found themselves in a film studio. They met P. Ramlee, the legendary Malaysian actor, songwriter, singer and director. But P. Ramlee was not famous then. He was discouraged and had no new ideas. It was up to the three friends to find a way to inspire him but they did not expect to be in the middle of a war!

The Case of the Talented Trio, written by Heidi Shamshudin and illustrated by Lim Lay Koon, is the second book in a series where the children have many adventures travelling back in time.