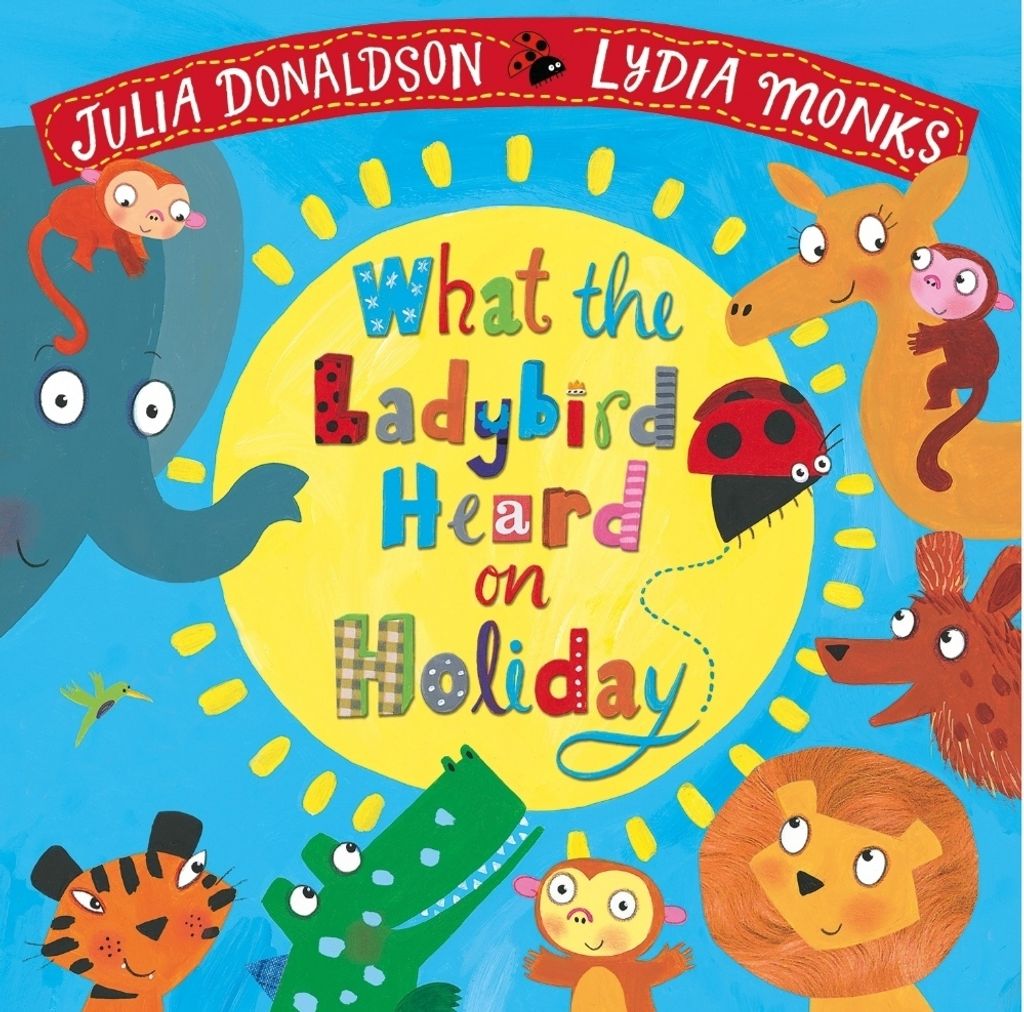 What the Ladybird Heard on Holiday (Board book)

One fine day, in the middle of May, The ladybird went on holiday. Those two bad men, Lanky Len and Hefty Hugh, are back! They may be in the city instead of the farm, but they haven't changed their thieving ways. In fact, they're even more ambitious. They're planning to steal a monkey from the zoo and use it to pinch the Queen's crown.

It's a pity for them that a certain crime-busting ladybird is holidaying in the very same city . . . and she's got a good idea that will ensure the dastardly pair won't get away with it!

With a whole host of noisy zoo-animal characters to meet and even a cameo from the Queen, What the Ladybird Heard on Holiday, from stellar picture book partnership Julia Donaldson and Lydia Monks, is a sure-fire hit.

Other books from Julia Donaldson and Lydia Monks are:

- What the Ladybird Heard.

- What the Ladybird Heard Next.