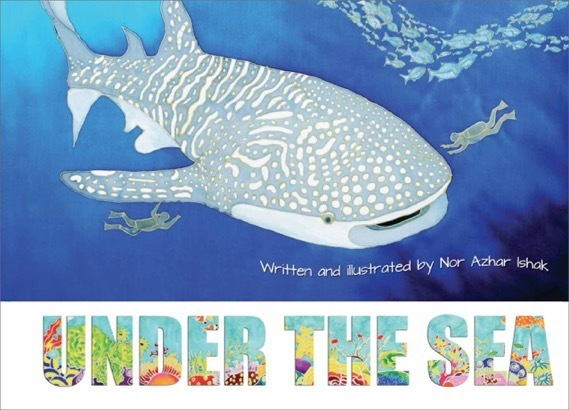 There’s a colourful world under the sea where coral reefs are and even deep down where it is dark and quiet. It’s the home of the giant whale shark and little sea creatures. Author and illustrator Nor Azhar Ishak has created an excellent book for children ranging in age from five to ten years. It contains facts on many of the creatures that live under the sea coupled with his colourful illustrations using the batik method of painting on fabric.

There is one extra feature that fascinates children; each colour illustration is accompanied by a black and white replica that children can colour. This is bound to keep them occupied for many happy hours. - Samsung Kidstime Author's Award 2016 Second Prize Winner

NOR AZHAR ISHAK is a science museum educator who is passionate about children's books. He has been published by Dewan Bahasa dan Pustaka after winning the consolation prize in the KotaBuku-DBP Picture Book Award 2013. This year, he won third prize in the YGL-Oyez! Picture Book Award. Read more about Azhar in peopleinpublishing.com.