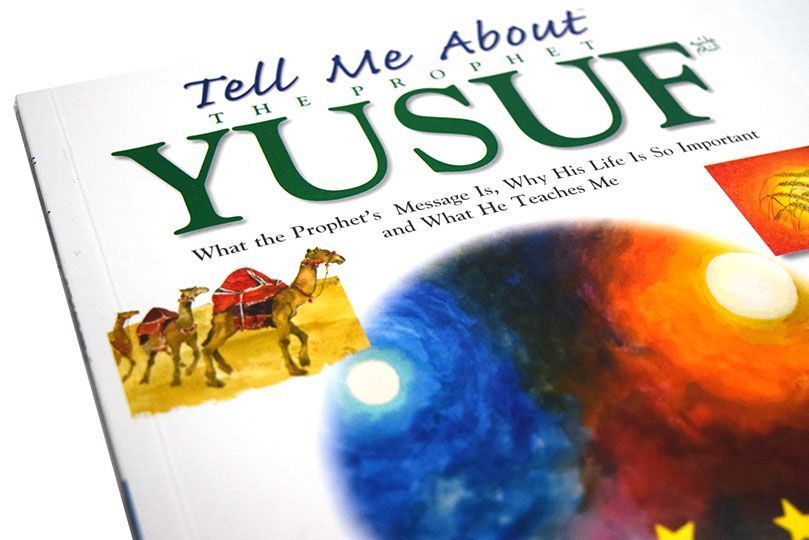 Tell Me about The Prophet Yusuf AS

Learning About the "Most Beautiful Story" Has Never Been So Simple! This book tells the story of the Prophet Yusuf (as) (or Joseph) and his brothers. It starts in Yusuf's early childhood when his family used to live in tents in the desert, then moves on to the time when he was almost grown up and his brothers threw him into a dry well. It describes how this horrific incident comes as a blessing in disguise, for the young Yusuf was taken to Egypt by a caravan and ultimately made a powerful and trusted minister of the Egyptian king. He was also made a prophet by Allah. The story has a number of moving incidents which underline moral and ethical values. One instance was the courage shown by Yusuf (as) in his youth when he was thrown into the well. Another was his piety and trustworthiness when confronted by the women of the Egyptian nobility. Many other virtues become apparent as the story unfolds: his truthfulness in interpreting dreams, his wisdom and willingness to work hard while managing the famine in Egypt, his kindness to his brothers when they came to beg for grain during the famine, his capacity to forgive while dealing with his brothers and his caring nature when he invited his parents to Egypt to do honor to them. These are some of the episodes in the "most beautiful story" of the Prophet Yusuf (as) from which many excellent lessons may be derived. The focus throughout the book is on the spirit of the Prophet Yusuf's story, and on the lessons that it has for our daily lives. These exciting historical events are presented in a simple, informative style, with beautiful illustrations, so that young people may easily understand and enjoy them