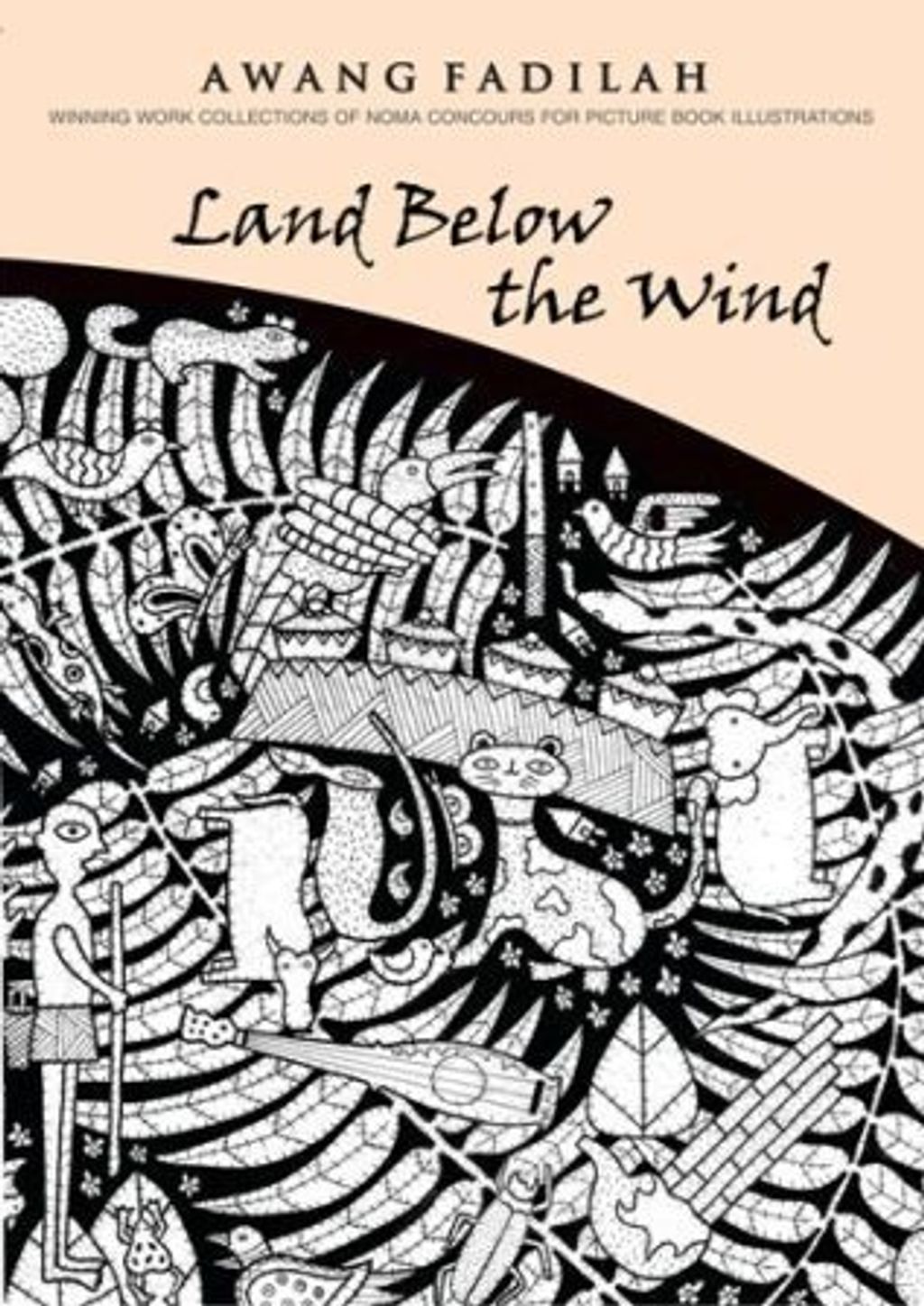 Land Below the Wind (Paperback)

My village is called "Bumi di Bawah Bayu", or the "Land Below the Wind". We live in peace and harmony among various religions and races. My village is gifted with beautiful nature, which is still preserved from developmental destruction and pollution. My friends and I go hunting for birds, fishing, and diving. My sister and I always practice dancing. We dance to the beat of traditional musical instruments. I am so proud of the culture, livelihood, and beautiful scenery of my village.

Awang Fadilah uses detailed black and white illustrations to tell us about his beloved homeland of Sabah. Through his artistry children will be able to share with him the richness of the culture, the heritage, the animals and the gifts of nature in a small rural village in the Land Below the Wind.

This book won the runner-up prize in the Noma Concours for Picture Book Illustrations 2006 organised by the Asia-Pacific Cultural Centre for UNESCO in Tokyo.

AWANG FADILAH comes from Sabah, East Malaysia, on the island of Borneo. He started illustrating children’s picture books after attending a workshop organised by Dewan Bahasa dan Pustaka (DBP) in the late 90s. Since then he has had several picture books published by DBP. He has also participated in several exhibitions in Sabah. At the international level, his illustrations have been exhibited at the National Diet Library, International Library of Children’s Literature, Tokyo. He won the runner-up prize for ‘Land Below the Wind’ in the Noma Concours for Picture Book Illustrations organised by the Asia-Pacific Cultural Centre for UNESCO in Tokyo. Awang lives in Kota Kinabalu, Sabah with his family.

It comes as no surprise to learn that the illustrations for Land Below the Wind were awarded runner-up in the prestigious Noma Concours for Picture Book Illustrations from Asia, Africa and Latin America – they are simply stunning, densely decorated and teeming with flora and fauna from artist Awang Fadilah’s native Sabah, East Malaysia, on the island of Borneo. The book takes its title from Sabah’s soubriquet and the text perhaps misses a trick by not going into why it is poetically so named. In fact, the text is minimal leaving the illustrations to provide the essence of the narrative...