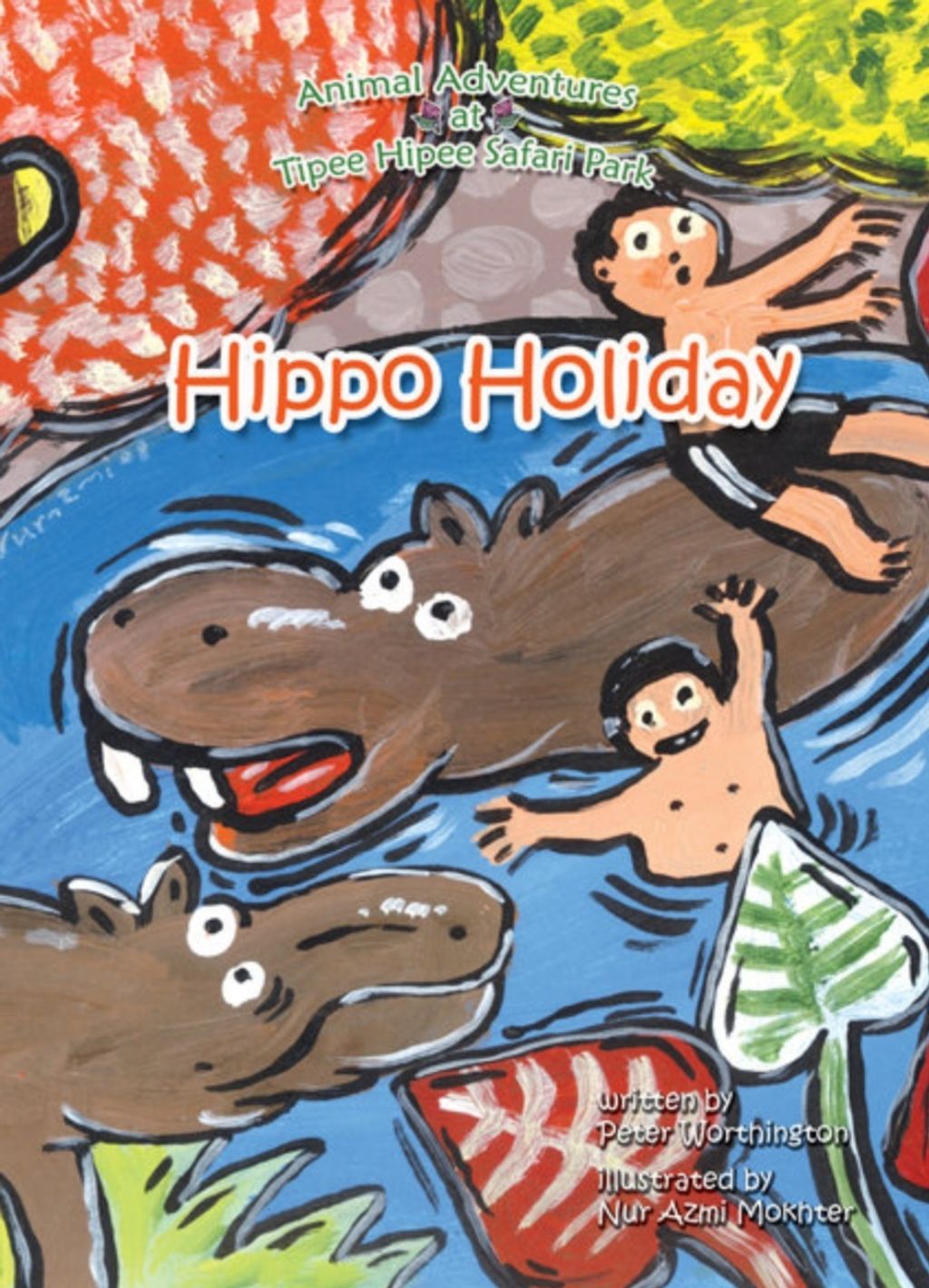 This series of animal stories from the Tipee Hipee Safari Park is an excellent introduction to various wild animals that can be found in the tropics. Each book is divided into two parts. The first part is the story featuring a key animal with colourful illustrations while the second part has photographs of animals and factual information. Suitable for children ages 7 and above.

One day, Hal and Hillary, two young hippos, swam down a river that went out of the park and down the valley. They ran into some men who were using explosives to catch fish. The two hippos toppled the men into the river.

Later, Hal and Hillary made friends with some village children. Then they swam off until they came to a factory that was dumping wastewater into the river. The polluted water made them feel quite unwell. They clambered out onto the bank where a rescue team was waiting for them.