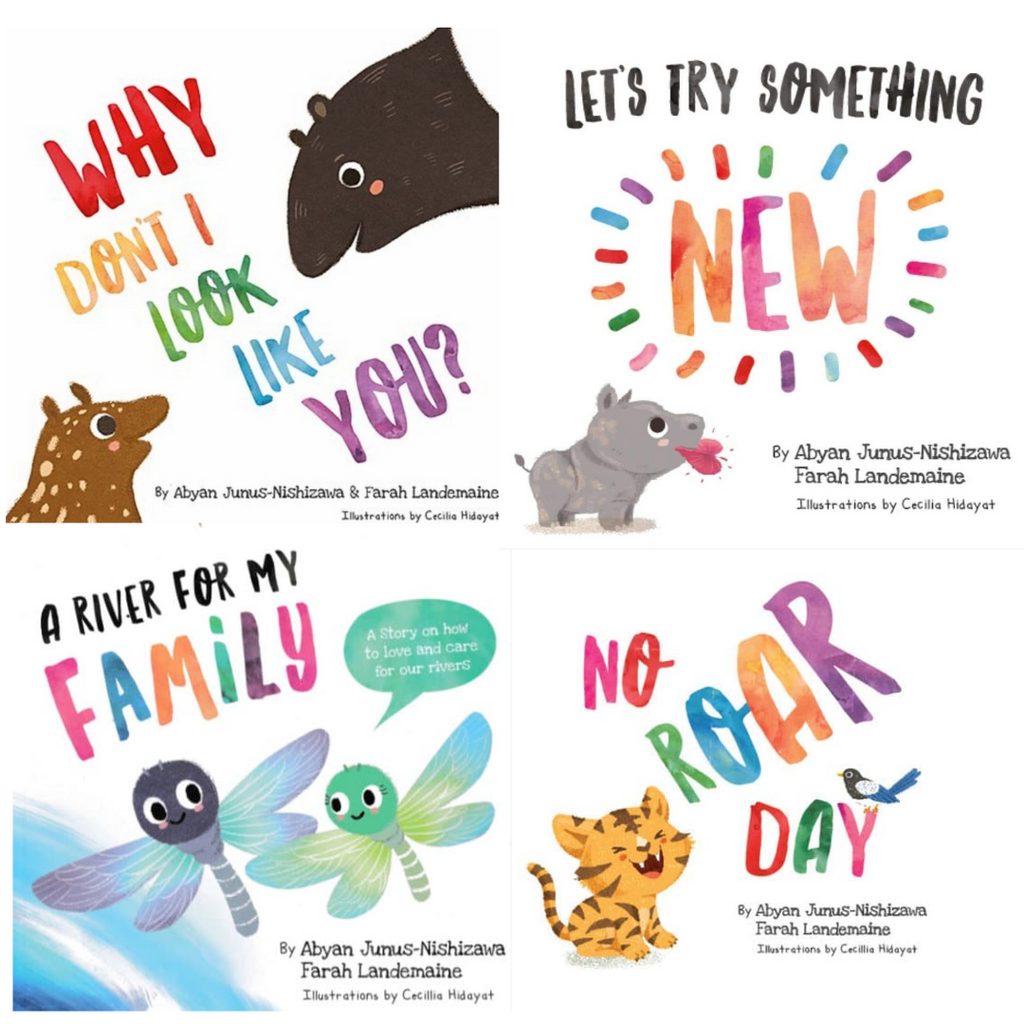 Little Timo, the baby tapir goes on a walk with his mother to look for animals who are a bit different - just like him. On their journey, little Timo learns many new things and discovers more than just new friends.

"Let's Try Something New" is a story about a little Sumateran Rhinocerous called Ronda who doesn’t like to try new things.

One day she finds herself on an adventure that seems scary at first but turns out to be a day where she learns that trying new things is perhaps not so bad after all... This children's book is perfect for 5-8 year olds. Activity colouring page is also included.

3. A River for My Family (Paperback)

Popi, a little dragonfly, was told by his father one day that they have to leave their river in search of a cleaner one.

Saddened by the news, he is comforted by his grandmother who shares stories on the Great River they call home . Along the way Popi discovers that home is not just a place to stay in but a feeling that lives in your heart

Teega the little tiger loves to ROARRRR! One day his brother Teebo told him that Teega's Roar was too loud. Feeling upset, Teega then declared that it was a NO ROAR DAY! A tiger that doesn't roar? With the help of his new chirpy friend, Teega learnt how to use his voice and formed an unexpected friendship along the way...